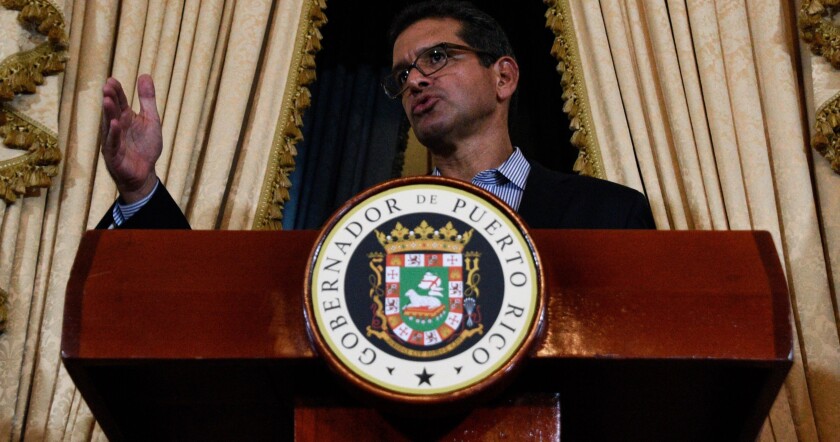 In June 2020, Puerto Rico announced a contract with LUMA to take over PREPA’s transmission and distribution system. LUMA was to use the period up to July 1 of this year to prepare for the takeover.

Pierluisi said he was inclined to amend, “if necessary,” rather than cancel the contract with LUMA. He said this in his annual Message on the Situation of the State address to the local legislature on Wednesday evening.

PREPA’s union UTIER has called for contract cancellation. Many members of the legislature have said they are opposed to PREPA privatization.

According to The Weekly Journal and AmicoHoops websites, on March 26 LUMA Energy President Wayne Stensby rejected any amendments to LUMA’s contract. He said LUMA’s and PREPA’s boards of directors, the Puerto Rico Oversight Board, and the Puerto Rico governor had approved it. The contract was signed with the Puerto Rico Public-Private Partnership Authority.

“I remind everyone that administrations come and go but the government is the same, and represents our people,” Pierluisi said. “A contract granted and endorsed by all the concerned instrumentalities of our government pledges the word and good name of the people of Puerto Rico.”

He said he expected LUMA would do a better job with the transmission and distribution system than PREPA has done.

On a different topic, Pierluisi said the recent federal grant of an exception to the air cabotage laws for Puerto Rico would put the island in a good position to compete in the international passenger and air cargo transshipment industry.

Pierluisi highlighted the possibilities for growth in the existing bio-medical manufacturing, tourism, and agriculture industries. He said his government would foster growth in the emerging robotics, artificial intelligence, e-gaming, cybersecurity, and electronic gambling industries.

“The [debt and pension] adjustment plan proposed by the Oversight Board before the federal court contains economic terms that are positive and sustainable,” Pierluisi said. “Yet we are going to fight to protect our pensioners.

Pierluisi has stated opposition to the plan because it contains cuts to pension benefits.

“Since I was elected, I have recognized that these are times to seek common goals… . [Puerto Rico’s people] will not see me with strident speeches or unnecessary protagonism,” he said. “Our people don’t want that. They will see me working, looking for solutions and always putting Puerto Rico first.”