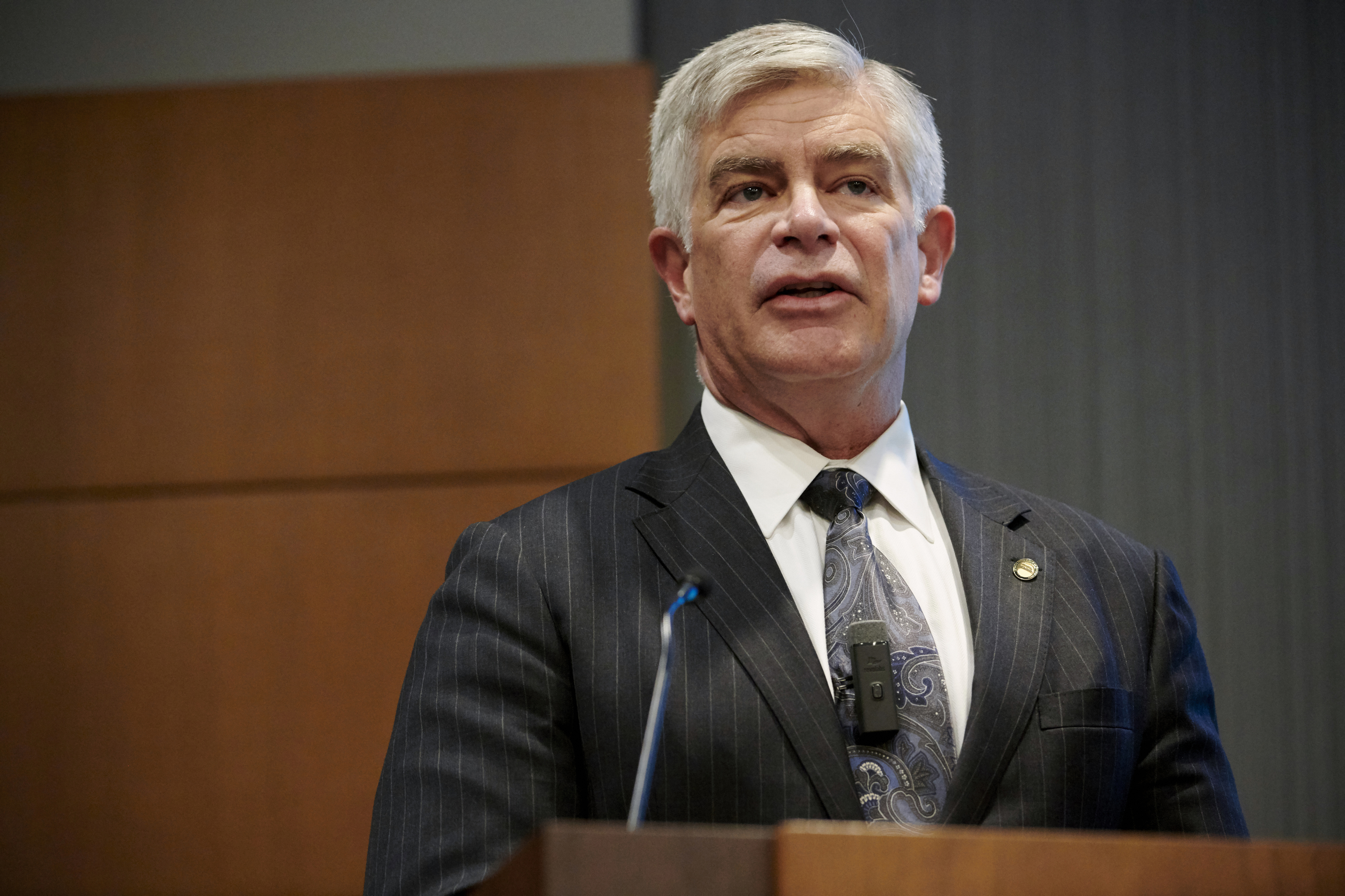 The Federal Reserve should get a conversation going on tapering its bond-purchase program “sooner rather than later,” Philadelphia Fed President Patrick Harker said, adding his voice to a growing minority of U.S. central bank officials signaling the process should begin sometime soon.

“It is something that, in my mind, we should start to have a conversation about sooner rather than later,” Harker said during a virtual Washington Post interview on Friday.

“We need to follow the playbook we had after the Great Recession,” Harker said. “That is, we start to taper the bond purchases, to slowly remove accommodation — carefully, methodically, I would even argue boringly — so that we don’t surprise the market, we don’t surprise anyone.”

The U.S. central bank is currently buying $120 billion of Treasury and agency mortgage-backed securities per month, and officials have said they will continue purchases at that pace until the economy has made “substantial further progress” toward the Fed’s employment and inflation goals.

Many Fed policy makers have emphasized in recent public comments that it will still take “some time” to achieve that progress given the size of the employment shortfall still remaining versus before the COVID-19 pandemic began, though a growing number say they would like the discussion about timing to begin sooner rather than later.

The full range of views among Fed officials on timing was on display Friday.

“I would rather gently take the foot off the accelerator than have to press on the brakes down the road,” Dallas Fed President Robert Kaplan, who has been making the case in recent weeks that the debate on timing should begin before too long, said during a panel discussion at a virtual conference hosted by his bank.

“Right now, we are not in a position where that’s in play,” Bostic said. “If there are a couple more data points — and we see the labor market stabilize and come back in a strong way, we see inflation continue to be above our target of 2% — then that looks to me like we’re making substantial progress moving forward.”

On Wednesday, the Fed published minutes of its most recent policy meeting at the end of April. The record revealed that at the April 27-28 Federal Open Market Committee meeting, “a number of participants suggested that if the economy continued to make rapid progress toward the committee’s goals, it might be appropriate at some point in upcoming meetings to begin discussing a plan for adjusting the pace of asset purchases.”

Bostic is a voting member of the FOMC’s rotating panel this year, whereas Harker and Kaplan are both non-voting participants.

“What I’m looking for, in terms of when we start that process, is continued strength in the labor market” and inflation rising above 2% for a period of time, Harker said at the Washington Post event. “If I see those things starting to happen, then yeah, I think it’s appropriate that we start the tapering discussion.”