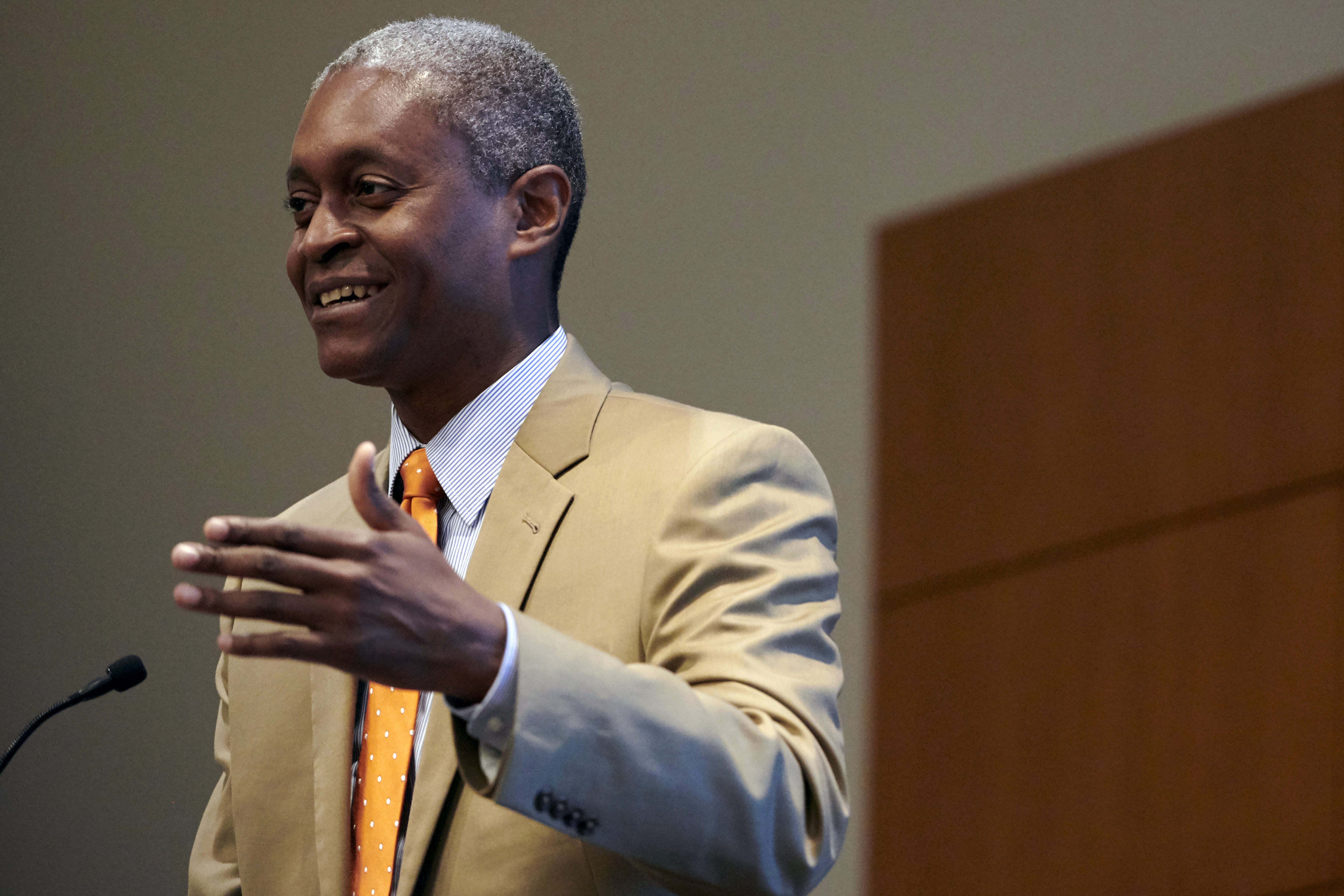 Raphael Bostic, Federal Reserve Bank of Atlanta president, says he hears frequent speculation that he could be nominated to lead the central bank.

“I hear about it all the time,” Bostic said, according to an Axios account of the outlet’s interview on Axios on HBO.

President Joe Biden hasn’t indicated who he will name, but Bostic, the first Black Fed president in the central bank’s history, would break ground if he ascended to become chair. Jerome Powell’s current term as Fed chair expires in February.

Around three quarters of the economists expect Biden to keep him in the job, according to a Bloomberg News survey in April. Powell has deflected questions on whether he’d serve four more years if asked, leaving the impression intact that he’d like to stay at the helm.

Bostic, when asked hypothetically what type of Fed chair he’d be, said if he ever did lead the central bank that he’d do things “differently” than they’ve been done before, according to Axios.

Bostic, who in the past has deflected questions about possible jobs in the Biden administration by noting they are not his focus, did respond to the hypothetical after pressing.