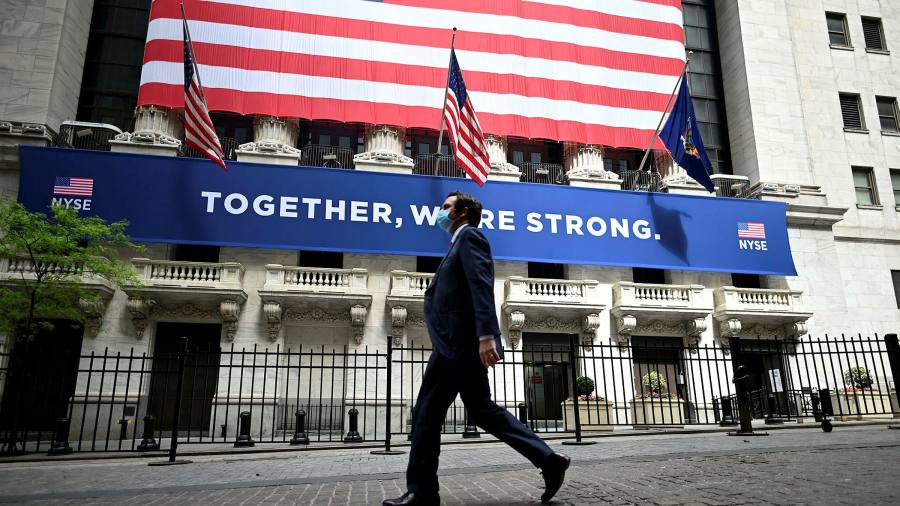 Investors are no longer falling over themselves to put money into US initial public offerings, reducing the chances that a company will be able to price their shares above expectations or enjoy a big share price “pop” on their first day of trading.

New figures show the IPO market has cooled substantially since a red-hot first quarter, as shares in recently floated companies have drifted lower and some high-profile debuts have flopped.

In January and February, the shares of companies joining the New York Stock Exchange or Nasdaq rose on average more than 40 per cent from their IPO price on the first day of trading, according to data from Dealogic.

In March and April, the average pop had dropped closer to 20 per cent, and in May it fell further to an average 18 per cent as of the middle of last week. The data excludes the IPOs of special purpose acquisition companies (Spacs), which have come close to drying up after regulators cast a pall over that market.

Most companies still rise in their market debut, but in the past few weeks a number of public market entrants have slipped on their first trading day. Chinese insurance technology group Waterdrop fell 19 per cent on its debut, while Vaccitech, the company that owns the technology behind the Oxford/AstraZeneca coronavirus vaccine, lost 17 per cent. Biotech company Talaris Therapeutics slid 4.4 per cent on its debut in early May.

“It’s just not the ‘everybody’s a winner’ market that it was in the first quarter,” said Rachel Phillips, a partner in law firm Ropes & Gray’s capital markets practice.

Pricing in the IPO itself has become tighter, too.

In the first quarter, one in four companies going public in the US priced IPO shares above their expected range, according to Refinitiv data. The fourth quarter of last year was even hotter, when close to 40 per cent managed to beat their ranges.

“There was an incredibly optimistic market environment” at the beginning of the year, said Jeff Bunzel, head of equity capital markets at Deutsche Bank. In January, every US tech IPO priced above its range, he said. Now, “there’s a lot of room for the market to step back [but] . . . it’s not that the IPO market is broken or in bad shape”.

With one month left in the second quarter, 54 companies have so far raised $18bn. In the first quarter 101 companies, excluding Spacs, raised $42bn, the highest level of quarterly IPO proceeds during the pandemic, according to data from Refinitiv.

Hospital scrubs brand Figs, which joined the New York Stock Exchange on Thursday, priced its IPO at $22 — $3 above the high point of its range — and then added 36 per cent in its first day of trading. The company’s stock rose another 14 per cent on Friday.

“Regardless of where the market is, it was our time,” said Heather Hasson, co-founder of the company.

Others have been more susceptible to market conditions, with at least three companies citing choppy equity market trading in May as the reason they chose to delay their IPOs.

“That’s the problem, when you’re doing an IPO, you’re subject to the vagaries of the market,” said Tom McInerney, chief executive at Genworth Financial, which was planning to spin off its mortgage insurance business Enact in an IPO in mid-May. When concerns about price competition and inflation caused shares in the sector to tumble more than 10 per cent, the company decided to delay its IPO at the last minute.