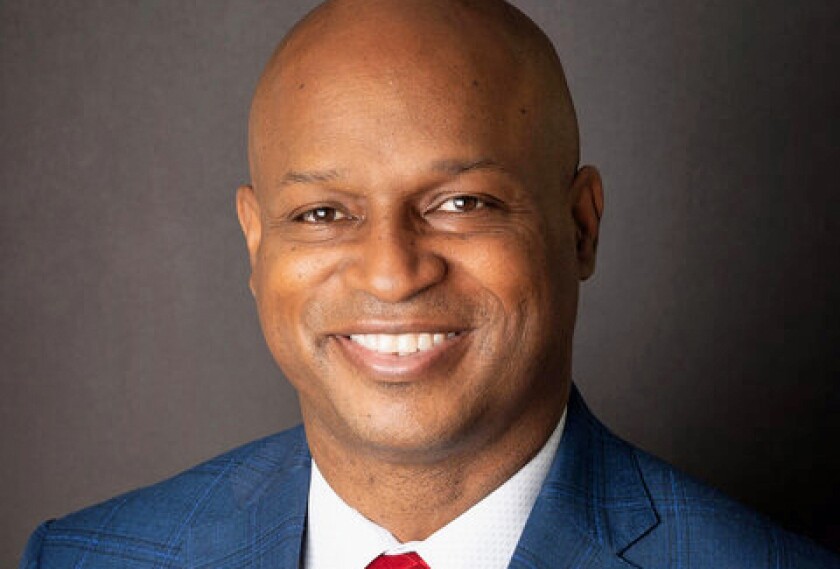 Illinois lawmakers passed a fiscal 2022 budget that pays down COVID-19-related short-term borrowing, raises $600 million of revenue by eliminating corporate incentives, and uses $2.5 billion of the $8.1 billion ticketed for the state in the American Rescue Plan Act.

The budget package laid out in amendments to Senate Bill 2800 includes a $42.3 billion general fund that leaves about a $100 million balance at the close of fiscal 2022 next June. The state will use $1 billion of its ARPA relief for infrastructure projects and another $1.5 billion for other spending. Senate President Don Harmon, D-Oak Park, temporarily put a procedural hold on the budget, so it won’t immediately go to the governor.

Local governments were spared from cuts Gov. J.B. Pritzker had relied on to help close a gap in his original budget proposal and lawmakers made good on Pritzker’s recent pledge to go ahead and fund the scheduled $350 million kindergarten through 12th grade increase his original plan skipped.

The budget “helps our state’s most vulnerable and puts us on a path to fiscal health and recovery,” Speaker Emanuel “Chris” Welch, D-Hillside, said at a news conference after the House adjourned. “I really believe this budget is going to help Illinois move in a positive direction.”

Welch earlier this year took the gavel from longtime Speaker Michael Madigan, who is the subject of a federal corruption probe although he has not been charged.

In debate ahead of the vote, House GOP members slammed Democrats for leaving little time to digest the budget by releasing the plan earlier in the day and failing to use the ARPA funds to help cover a $5 billion hole in the state’s unemployment trust fund as some other states are doing. They also accused Democrats of leaving Republicans out in the cold on the new infrastructure investments.

“Even in what was promised as a new day we saw a 1,000-page budget bill dropped at the 11th hour,” Durkin said at a Tuesday news conference. “This gave zero time for review and no notice or any transparency for the public. That was classic Mike Madigan.”

Durkin warned the unemployment fund “might be the most important social safety net program we have in this state” and the deficit could result in benefit cuts or drive up business costs. Durkin also attacked Pritzker’s reversal on corporate tax incentives that were previously part of a bipartisan agreement.

“We are still working through it. The lack of transparency, the lack of time to review a 3,000-page budget bill and frankly the lack of the ability to have a robust floor debate have made it virtually impossible…to really understand what is in the $42 billion spending plan put forward yesterday,” Rep. Tom Demmer, R-Dixon, said during the news conference.

The budget package put forth by Democrats who hold supermajorities in both houses passed the House on a party-line vote just before a midnight deadline late Monday.

The Senate followed in the early morning hours of Tuesday. Because the Senate missed the deadline, a three-fifths majority of 36 was needed for the legislation to take effect immediately. Any legislation approved in the coming days must also receive the higher vote to pass. That requires 71 votes in the House. The Senate planned to reconvene Tuesday and the House adjourned to the call of the chair.

Harmon put a procedural hold on the budget by filing a motion to reconsider the vote early Tuesday, raising some questions over the budget’s status and whether it was tied to disputes between the House and Senate on several stalled bills including an legislation providing Exelon with ratepayer subsidies. A Senate aide said the hold doesn’t negate the budget vote.

“It’s a procedural move to protect our accomplishment from any political shenanigans. We are tremendously proud of what this budget accomplishes and look forward to delivering it to the governor to sign,” an aide said. Some senators were upset that the House baked a legislative pay raise into the budget after agreeing not to do so and Harmon’s procedural move blocks others from taking that step, which could stall the budget.

Although the administration still warned of a $1.3 billion deficit, the state headed into the final stretch of budget season riding tailwinds from rosier revenue estimates, forecasting $1.47 more in fiscal 2021 and $842 million in fiscal 2022. The state’s bill backlog hovers around $3.2 billion and is at lows not seen since before the 2015-2017 budget impasse drove it up to a record $17 billion.

Secondary market trading spreads on Illinois general obligation bonds are now nearly level with other BBB borrowers. The state’s 10-year yield of 1.69% is 70 basis points over Municipal Market Data’s AAA benchmark and just two bp over the BBB. It began the year at a 197 bp spread to the AAA. Illinois is the lowest rated state at the BBB-minus level across the board.

State leaders from the governor’s administration to Comptroller Susana Mendoza are promoting the budget and its early payoff of the Municipal Liquidity Facility loan from the Federal Reserve as strides they hope translate into rating upgrades.

The budget does shed some one-shots Pritzker originally proposed in February and the elimination of $600 million in corporate tax breaks provides a recurring revenue source. But the state is leaving pension fixes for another day. The state’s $141 billion of unfunded pension liabilities in a system just 40.4% poses the most burdensome weight on its ratings.

Rating agencies laid out in reports earlier this year what’s needed for an upgrade and how backpedaling on structural balance or pension contributions would drive further deterioration.

Moody’s Investors Service cites paying down the bill backlog, moving toward structural balance and pension plan action as factors that could drive an upgrade in a report earlier this year that moved the outlook on the Baa3 rating back to stable.

“If Illinois were to make sustainable progress toward structural balance, including meeting its pension obligations, further reducing its bill backlog, and increasing reserves, we could raise the rating,” S&P Global Ratings said in March when it returned the state’s outlook on the BBB-minus rating to stable from negative.

“Enactment of the ARP, followed by a clear dedication of the state to using new federal aid to unwind one-time budgetary measures taken over the past year and restore fiscal resilience, would support stabilization of the outlook and potentially upward rating movement toward its pre-pandemic level,” Fitch said earlier this year. Fitch maintains the negative outlook on the BBB-minus rating.

Details
The budget pays down $2.175 billion from the Fed’s MLF. The state borrowed $1.2 billion last June. That is due by the close of the current fiscal year on June 30, 2022. The state returned to borrow $2 billion in December in a three-year loan.

By paying off the loan early the state will save $100 million in interest and ease pressures on fiscal 2023 and 2024 by eliminating the $1 billion that would have been due in each of those years.

“By the fiscally responsible actions we are taking today not only do we pay down nearly $3 billion in debt we set ourselves up for successful years in fiscal 2023 and 2024 also,” House Majority Leader Rep. Greg Harris, D-Chicago, lead budget negotiator, said on the House floor.

Pritzker and legislative leaders intended to use ARPA funds to pay off the loan but initial guidance barred debt repayment and Pritzker and leaders recently decided to go ahead and tap rising tax collections to retire the loan instead of waiting and hoping for the Treasury Department to change its mind.

Pushing some of the state’s pandemic wounds downstream as Pritzker originally proposed were averted due to improved tax revenues. The budget holds steady local governments’ share of $1.5 billion of income taxes doled out through the Local Government Distributive Fund as well as sales tax transfers.

Pritzker had proposed a 10% cut of $150 million to LGDF and another $30 million was to be withheld from transit agencies’ share of sales taxes. A $72 million transfer to the general fund from the road fund also was scrapped and the $350 million annual increase in the state’s evidence-based school funding formula adopted in 2017 was restored.

The budget taps $1.5 billion from the state’s ARP funds for investments across the state to spend on public health, housing, economic development, violence prevention, hospitality and conventions, and education. Another $1 billion will fund infrastructure investments.

“This was designated as a four-year pot of money….so we don’t run off a cliff,” Harris said.

Pritzker initially proposed raising $900 million in new revenue by cancelling various corporate tax incentives. Lawmakers approved some but nixed others so that $600 million is preserved in tax revenue.

Democrats claim the budget has no tax hikes but the GOP argues that eliminating those incentives equates to a tax increase and will hurt businesses already struggling with the pandemic’s impact.