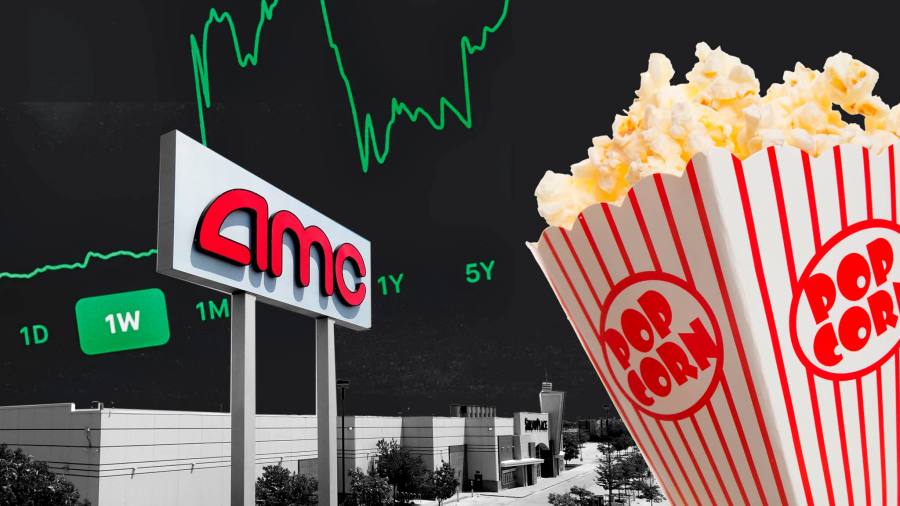 Trading in AMC shares was briefly halted on Wednesday after the company’s stock price surged on the back of a promise to dish out free popcorn to investors, in the latest example of how the ‘meme trading’ frenzy is rippling across Wall Street.

The shares soared as much as 93 per cent to $61.82 per share on Wednesday before falling back, causing trading to be halted twice on the New York Stock Exchange. They have increased more than 450 per cent in the past month.

Other “meme stocks” such as Bed Bath & Beyond and BlackBerry also posted large gains on Wednesday.

AMC’s new Investor Connect programme, which will also offer perks such as invitations to “special screenings”, underscores how the rising power of individual traders is attracting the attention of publicly listed companies and professional Wall Street investors.

Meme stocks were thrust into the spotlight when trading by retail investors soared to record highs in the first two months of this year, fuelled by messaging boards on the social media platform Reddit such as r/WallStreetBets

Retail investors have joined the market in record numbers since after the pandemic struck, with retail trading volumes doubling between 2019 and 2021, from less than 10 per cent to more than 20 per cent, according to data from Piper Sandler.

AMC has been one of a clutch of key beneficiaries. Amateur traders now make up a key cohort of the chain’s overall shareholder base, owning about 80 per cent of the company. More than 3.2m new individual investors owned stakes in the company by March 2021, AMC said on Wednesday.

Big investors have also ridden the wave. AMC on Tuesday said it sold 8.5m new shares to hedge fund Mudrick Capital Management at about $27 each — a big premium to AMC’s $2 share price at the end of last year. Hours later, Mudrick sold the shares after news of the fundraising sent them as high as $33.53.

Other listed US companies are also pondering how to best engage with the new generation of retail shareholders and their growing power in the market. Shareholder engagement events such as general meetings moved online during the pandemic, making it simpler for everyday investors to participate and vote.

General meeting operator Lumi said it had noticed a significant rise in engagement from retail shareholders, both attending general meetings as well as asking questions and participating in voting. This has been amplified by easy-to-use brokerage platforms such as Robinhood that email shareholders to notify them of voting deadlines.

“Companies are telling us the demographic of people attending meetings is different. It’s not the tea and biscuit crowd,” said Richard Taylor, the chief executive of Lumi. “Once you take away the barriers of who can get there, the demographic of who can attend and ask questions is changing.”