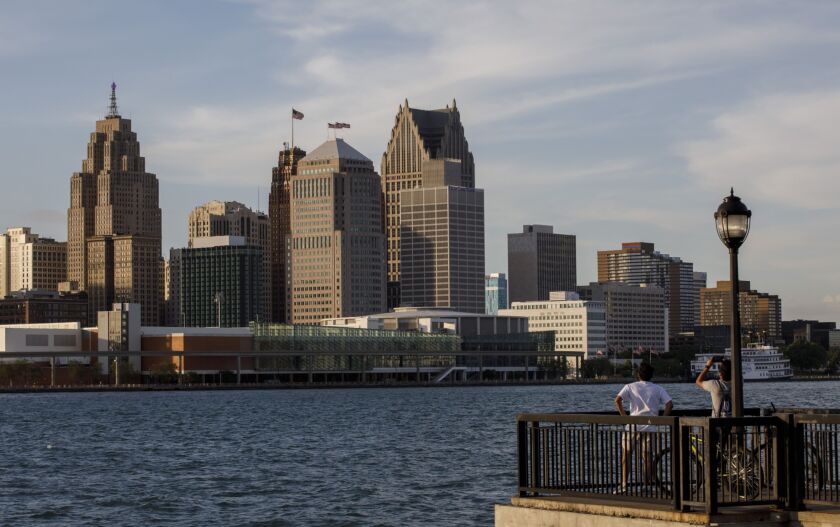 Whether voters will get to decide proposed Detroit charter revisions opposed by the city’s mayor as a threat to its fiscal solvency is headed to the Michigan Supreme Court.

The Michigan Supreme Court agreed Friday to the Detroit Charter Review Commission’s request that it take up the question after an appellate court Thursday upheld a circuit court decision removing Proposition P, the charter revision measure, from the city’s Aug. 3 ballot, according to the commission.

The justices also stayed the lower court decision as they consider the legality of the ballot measure and so the question remains on the ballot for now.

Mayor Mike Duggan’s administration has warned the city can’t afford what it claims is a $2 billion price tag over four years if charter changes pass and says they could ultimately drive Detroit back into bankruptcy. The charter review commission calls those estimates dramatically inflated, based on faulty assumptions, and says most changes are not mandated.

“We were certain that the Michigan Supreme Court would see the gravity of the constitutional issues involved here and would grant our motions,” the commission’s general counsel, Lamont Satchel, said in an interview Friday. “We are hopeful that the court will favorably look at this issue in a more comprehensive and judicially responsible way that is consistent with citizens’ rights.”

Gov. Gretchen Whitmer declined to approve the charter revisions. The review commission argues that the home rule act does not directly block revision votes in the absence of state approval.

An initial printing deadline of June 1 was delayed but the clock is ticking with absentee ballots set to go out June 19.

The dispute over the charter revisions landed in the courts last month after the review commission approved the ballot question May 6 and sent it to the city clerk to meet a May 11 deadline. The vote followed Whitmer’s April 30 letter to the charter commission declining to approve the revisions.

Whitmer, whose office must review proposed charter revisions, cited concerns raised in Attorney General Dana Nessel’s warning of legal deficiencies, provisions that could run afoul of Detroit’s Chapter 9 plan of adjustment that allowed it to exit bankruptcy in 2014, and unaffordable costs that could trigger the city’s return to direct state fiscal oversight.

Election officials signed off on certifying the ballot proposal in a split decision May 13.

Two lawsuits were then filed including one on behalf of the prominent Rev. Horace Sheffield III against Detroit City Clerk Janice Winfrey and the Detroit Election Commission to block the printing to ballots. The charter commission joined as an intervening defendant.

The litigation argued without the governor’s approval Proposition P would violate the Home Rule City Act because it requires the governor’s review and approval — a position city attorneys had also taken in a discussion with city council members.

Whitmer initially said the measure could proceed based on the AG’s opinion without her approval.

The commission made some modifications to the revisions and submitted them again to Whitmer who declined to review them citing a missed deadline. In a May 24th letter to the commission, Whitmer also shifted her stance taking no position on whether the vote could proceed.

Wayne County Circuit Court Judge Timothy Kenny decertified the ballot measure May 27 and also questioned the legality of the commission even making changes past the May 11 vote. “In the absence of approval from the governor, the proposed charter revision cannot be placed on the ballot and submitted to the voters” based on language in the Home Rule City Act, Kenny wrote in his decision.

The appellate court upheld the lower court in a decision released Thursday and the commission later filed motions with the high court asking it to hear its appeal and stay the lower court decisions. They were granted Friday. A briefing schedule was not immediately laid out, Satchel said.

The nine-member Charter Revision Commission was authorized in a 2018 referendum and must disband three years after its Aug. 6, 2018 creation so the Aug. 3 ballot is its last chance to put revisions to a public vote.

The charter was last revised in 2012. It establishes the ground rules for government operations, details the roles of the executive and legislative branch, enables the election process and mandates the departments, programs and services the city must provide.

The Detroit Financial Review Commission, which was put in place after the exited bankruptcy to provide fiscal oversight, will vote June 28 on a one-year waiver that allows the city to operate without its direct oversight.

That oversight has been suspended since 2018 in recognition of the city’s fiscal strides that include balanced operations and healthy reserves. The still junk-rated city must maintain balanced operations to retain the waiver. The charter changes, if they remain on the ballot and are approved, would take effect in 2022.