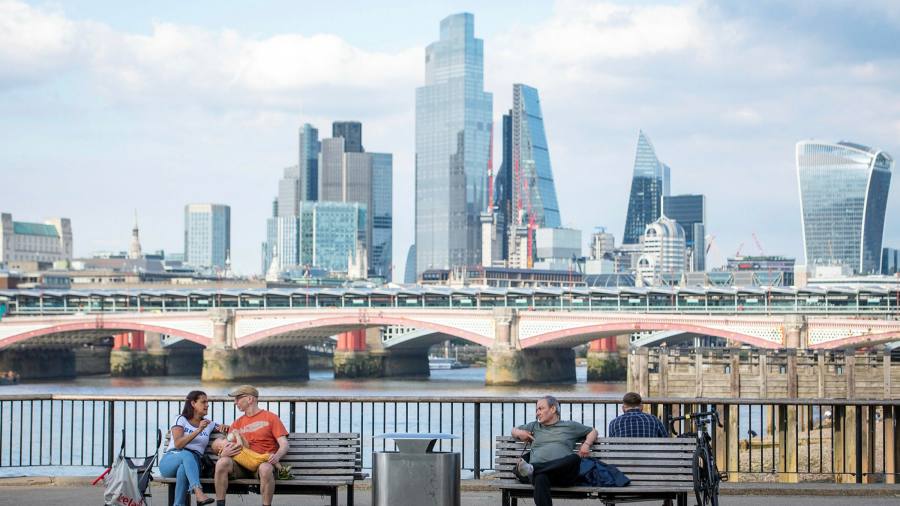 Rishi Sunak, the UK chancellor, is pushing to win a carve-out for the City of London in the G7’s push for a new global tax system to cover the world’s “largest and most profitable multinational enterprises”.

Sunak said the weekend’s “historic agreement” by G7 finance ministers would force “the largest multinational tech giants to pay their fair share of tax in the UK”.

But one official close to the talks said the UK was among those countries pushing “for an exemption on financial services”, reflecting Sunak’s fears that global banks with head offices in London could be affected.

HSBC, the UK’s biggest bank by revenues, generates more than half its income from China, while Standard Chartered, another UK-headquartered lender, conducts little business in Britain, with most from Asia and Africa.

Sunak raised the issue at the G7 talks in London, according to those briefed on the meeting, and his allies confirmed he would continue to make the case when the talks move to the G20 next month.

“Our position is we want financial services companies to be exempt and EU countries are in the same position,” said one British official. But Joe Biden, US president, wants to broaden the scope of the tax so it does not just hit US tech giants.

The Treasury said of the G7 agreement: “The deal makes sure that the system is fair, so that the right companies pay the right taxes in the right places.” It would now be discussed in further detail by G20 finance ministers and central bank governors.

Under so-called “pillar one” of the deal, it was agreed that countries could tax 20 per cent of the profits of the biggest multinationals above a 10 per cent margin based on where the company made its sales, regardless of whether they had a physical presence in that country.

The rationale for excluding the financial sector was set out in October 2020 in a “pillar one” plan that said financial services were a special case because they were generally required to have appropriately capitalised entities in each jurisdiction and therefore paid the right level of local tax.

But Biden’s proposals in April to define the type of companies included in the pillar one plan was cross-sector, based on the 100 largest and most profitable firms, and brought the issue of financial services back in scope.

The G7 agreement is seen as an important stepping stone towards a global deal under the auspices of the OECD, the Paris-based club of advanced economies, and the G20, which includes China and India.

Sunak has said the proposals agreed at the G7 under pillar one of the global talks — which would reallocate an element of profits from the largest multinationals according to sales — would increase revenues to the UK exchequer.

But neither he nor the Treasury have put any figure on this. TaxWatch, a think-tank, has calculated that “Big Tech” companies will pay less tax in the UK under the G7 plan than they currently do under the country’s digital services tax.

TaxWatch said that based on 2019 revenues, Amazon, eBay, Facebook and Google would pay £232.5m less in tax under the G7 plans.