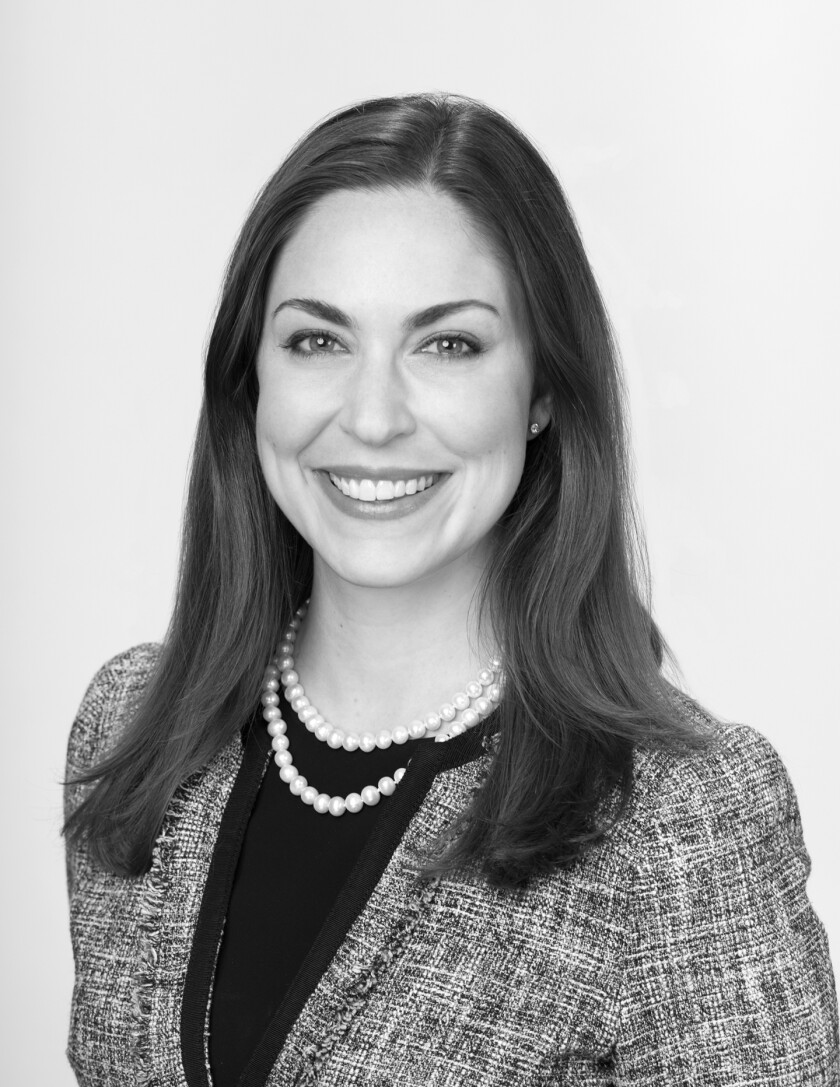 Two veteran municipal analyst professionals — John Kenward and Kathy Evers — retired this spring from Standard & Poor’s Global Ratings and Kate Boatright has moved over from the analyst side to take on Evers’ role as head of the U.S. relationship management team.

The Dallas-based Boatright, who was a senior director for the U.S. Public Finance Ratings Group, is moving to the commercial side of the rating agency to take over as U.S. public finance sales team leader, which Evers vacated this spring.

“Kate brings a great amount of energy, public finance experience and relationships to our team,” the rating agency said in a statement.

The team is responsible for fee and product discussions with issuers, investment bankers, and financial advisors in the U.S. public finance market.

Boatright joined S&P in 2007 as an associate in the local government group and was elevated in 2013 to manage the local government south team as analytic manager that covered issuers in Texas, Arkansas, Louisiana, Alabama, Mississippi, Oklahoma, Kansas, New Mexico and Alaska.

Boatright reports to Bruce Schachne, head of sales for the Americas and the global head of marketing and leads a team that includes Marc Hughes, Anthony Ivancich, Melanie Shaker and Michelle Smithen.

Before joining S&P, Boatright spent three years working for the U.S. Environmental Protection Agency in Washington, D.C. She earned a Bachelor of Arts in Government and a Master of Public Affairs from The University of Texas at Austin.

On her own time, Boatright is busy with a five-year-old daughter and English Springer Spaniel. She enjoys traveling with husband and daughter, shopping, drinking wine, needlepointing, playing Mahjong and fundraising for the American Cancer Society.

Evers, 62, said it was the right time to hand over the reins and retire. “I was coming up on five years and felt that I was leaving the team in a good place,” Evers said. “We kept the wheels on the bus with COVID-19 and had a good year. I felt like this was a good time exit.”

Evers’ move to S&P in 2016 marked a return to her rating agency roots. The Midwest native begin her public finance career in New York City at Moody’s Investors Service as an analyst after graduate school.

When she joined S&P, Evers brought with her a range of experience from the private sector. After Moody’s, she led the utilities and transportation group and was co-head of public finance at Financial Guaranty Insurance Company.

Before joining S&P, Evers had moved to municipal analysis on the banking side having joined the former BMO Capital Markets where she managed the municipal credit analytics team. The firm was acquired by Piper Jaffray in 2015 and she remained there as a senior municipal credit analyst. Piper eventually wanted Evers to relocate from New York to the Midwest which she didn’t want to do at the time so she took the S&P position.

“I really understand how the food chain works in the municipal world. I knew a lot of people in the industry and that was really valuable,” Evers said of what she brought to the table in her role at S&P.

The transition to the commercial side posed challenges but was interesting and exciting, Evers said. Working for a rating agency in the current environment with a more significant focus on compliance matters that followed the 2008 financial crisis and also being a leader for the commercial side required a shift in thinking from just considering the next deal to long-term strategies.

“It’s a very different kind of institution,” Evers said. “There is a focus on the long term and the value of the franchise and managing the business for its continued success over the long term.”

Now an empty nester with one child working as a journalist and the other a new college graduate, Evers and her husband sold their Brooklyn brownstone and spend most of their time in their Hartsdale, Westchester County home.

Evers intends to travel with her husband, work in her garden, spend time at the New York Botanic Garden and at nearby stables to indulge in her equestrian passion. Her near-term goal is to crack the two-hour mark in two upcoming half marathons.

Kenward, 65 and a native of northwest Indiana who also holds a law degree, retired this spring after 33 years at S&P. He joined the rating agency in the summer of 1987 moving to New York after graduate school at Indiana University. Initially, he focused on letters of credit and other bank enhancements products.

When S&P decided to open its second remote office — the first was in San Francisco — in Chicago in 1994 he volunteered to make the leap back to the Midwest to help launch the office. There he has remained working on Midwest local government, counties, and school credits and helping train a new generation of credit analysts.

Kenward sees the leaps in technology as perhaps the most dramatic impact on his work as he remembered the early days when the data needed to analyze credits and deals was all on paper. “They gave us scissors and a gluestick” to cut and paste information and rationales on forms. And there were multi-colored legal forms that had to be completed and filed.

Offering statements, audits, all financial information was faxed or mailed sometimes taking a week to receive. “Technology has really given us lots more access to information and made us more productive,” Kenward said.

That’s added a new burden too as the same data is easily accessible to anyone. “You can’t just republish it. You have to take the information and add value to it by making reasonable analytic conclusions based on the rating criteria that you bring to the rating committee,” Kenward said. “That’s been the challenge” for veteran analysts like himself.

It’s required analysts to become more nimble and flexible — traits Kenward said he sees in abundance in younger analysts. While data is the mantra of the current times credit analysis “is still an art and a science. The data is the science and the art is interpreting,” he said.

Staying relevant amid the wide availability of data and in-house buy and sell side analysis will remain the challenge, but Kenward believes in the place for rating agencies as long as they continually think about what must be done to remain relevant. And rating agencies have a survival record having managed through the heyday of monoline insurers and then the fallout of the financial crisis that drove deeper scrutiny into rating agency practices, he noted.

Environmental Social and Governance, or ESG, is the hot topic of the moment and while ESG has long been factored in ratings especially governance, environmental and social factors are gaining ground. “I think it will last more than a moment” and it’s been driven by the buy side, Kenward said. “Now we are looking at issues like how close an issuer is to a big river or how prone the area is to wildfires and asking about recovery” when conducting rating reviews.

Kenward, who lives north of Chicago, intends to spend more time at the library and is considering taking up fishing after having recently spent the day fishing for the first time since he was youngster.