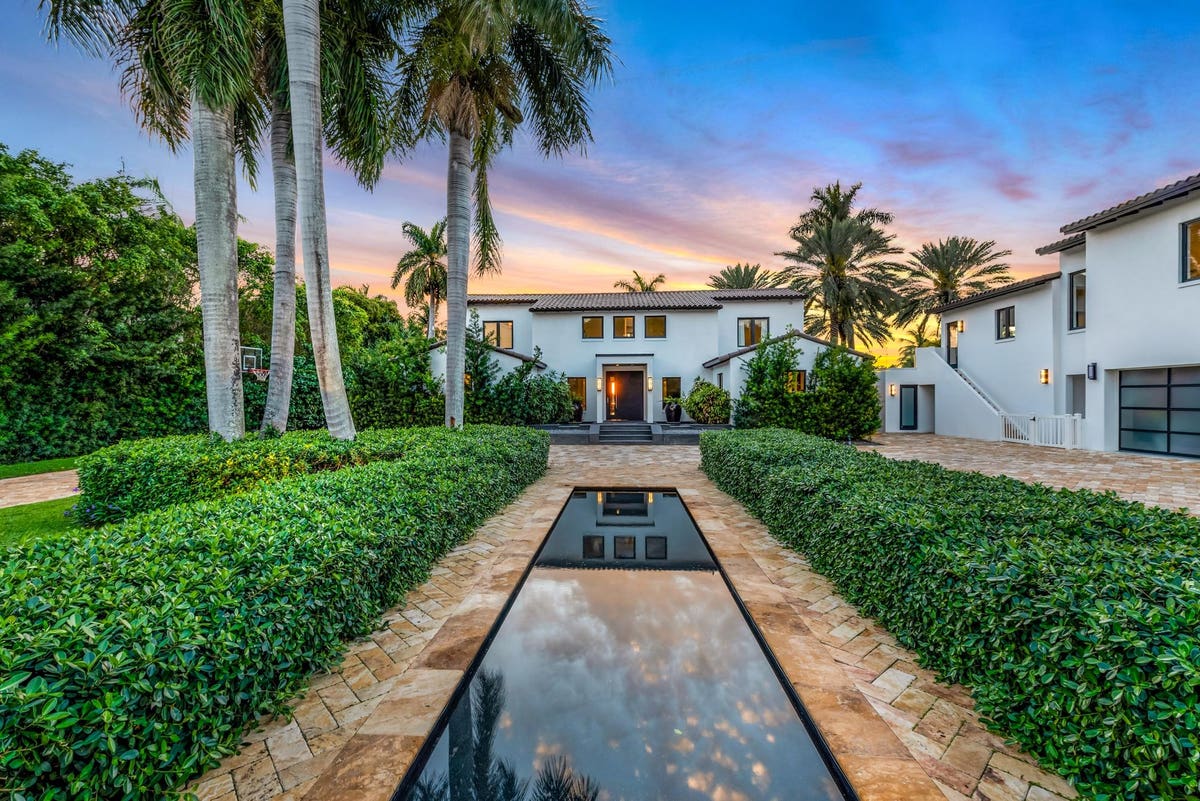 Jennifer Lopez, 51, and Ben Affleck, 48, put a halt to their engagement in 2003 following a whirlwind romance that served as fodder for tabloids and paparazzi worldwide. J. Lo alluded to the intrusive spotlight of the frenzied media surveillance in the 2002 music video for “Jenny from the Block.”

Ultimately, the weight of the global gaze was too much. The couple called off the wedding a day before the 2003 event. Moreover, whatever fuel that ignited their passions cooled, and they made the split official in 2004.

But like many great things that come back in style, the dynamic duo is experiencing a reboot. In April, after J. Lo’s public split with ex-fiancé Alex Rodriguez, and 19 years after “Bennifer” became a household name, the “Gigli” co-stars were spotted out and about and vacationing in Montana and most recently viewed on the balcony of a Miami mansion.

We can’t go behind the closed doors of the 10,114-square-foot estate where, sources say, Lopez and Affleck are staying until the end of June. However, we can get an idea about what draws celebrities to the home from MV Group President and CEO Manny Angelo Varas. He oversaw an extensive redesign and remodel on the property in 2015.

“It’s exactly the type of residence that celebrities would want because it’s made for entertaining but very private. The average lots in this area are 15,000 to 20,000 square feet. This lot is about 27,000 square feet, almost double some average lots in Miami Beach. That distance from one neighbor to the other gives it a lot of privacy. It’s also located in a lagoon part of the basin that runs along North Bay Road. This bay front area draws a lot of tourist boats driving by and pointing out the celebrity homes. This can be intrusive. But the lagoon makes it very private, special. I think that’s the allure of being able to have that wide bay view [100-square-feet] but not the intrusive nature of the tourist boats and the paparazzi,” Varas says.

Varas designed and rebuilt the home for DJ Louis Puig, who bought the house for $5.8 million in 2006.

“It’s truly an entertainer’s masterpiece. The previous owner, a nightclub owner, wanted to create a space that allows for entertainment and relaxation and lets people enjoy the best of indoor-outdoor living. I think that’s what a lot of celebrities are looking for,” Varas says.

The estate features 11 bedrooms, 12 bathrooms, a gym, a home office, a spa, a jacuzzi, a dock, a large outdoor area with a pool and a six-car garage.

“We did a remodel on the main structure and created a pod format with three structures that are interconnected. The design allows occupants to move easily through the structures. There is a main structure, a structure with guest rooms and a staff structure at the front of the property with a six-car garage below the staff quarters. DJ Puig wanted to create a space in which the staff was virtually invisible but able to come out when needed. The staff quarters have a kitchen and four bedrooms. The large invisible hinged doors, frameless doors, moving wall systems and large glass were just coming out when we were doing the rebuild, so that was original and unique. We also put in a floating staircase,” he says.

Another exclusive feature, says Varas, is the 12-foot-long quartz island in the outdoor area.

“The quartz island is unique and fully wired to open and reveal a complete DJ system connected to surround-sound speakers throughout the home and outside. This allowed DJ Puig to have impromptu events when he came back from the boat or after leaving his nightclub,” Varas says.

“You have the privacy of being able to have guests come in through a separate entrance and the privacy of the main house, but everything is interconnected,” he says.

According to real estate records, the new owner, jewelry designer Paul Morelli paid $17.5 million for the property in April.

Corcoran Group Broker Associate Julian Johnston represented both buyer and the seller during the sale and arranges leases for the owner. He’s been selling real estate since 2001 and seen the Miami market change.

Land values aren’t the only change. “I used to sell houses to NBA players, but now I’m selling to the owners of the teams. People used to come here and spend $5 million on a home. Now, people are spending $30 million to $60 million. People are buying these houses and tearing them down. There’s a house that sold for $37 million on North Bay Road that was built around 2010, and they’re tearing it down and rebuilding,” Johnston adds.

While “Bennifer” could be here to stay, Johnston says the home is not. “The guy who bought it is going to tear it down because the land is so valuable in Miami,” he explains.

Johnston says securing building permits could take up to a year. So if you want to sleep where “Bennifer” vacationed in 2021 — and don’t mind paying $130,000 a month in rent — consider talking to the leasing agent. “It’s available for rent again on July 1,” Johnston says.