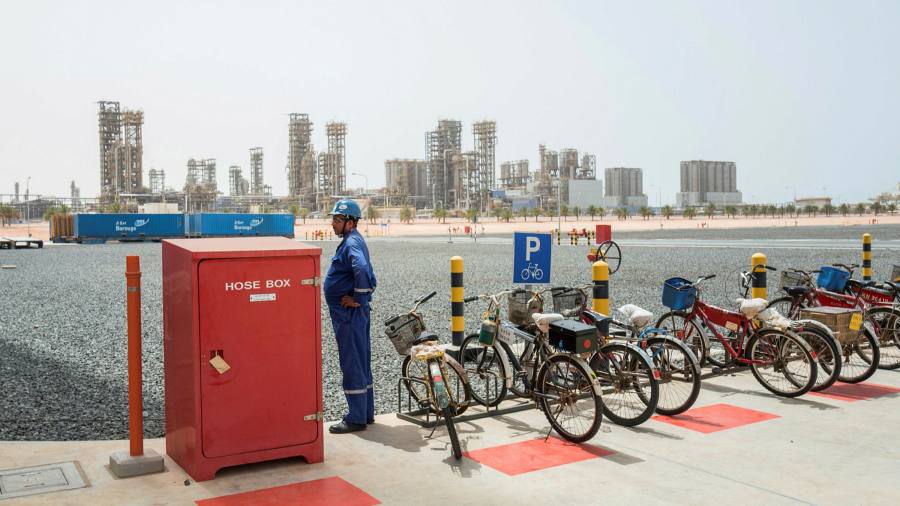 Oil prices jumped to the highest level in three years after Opec and its allies abandoned a decision over increasing oil production, as Saudi Arabia, Russia and the UAE struggled to reach a compromise.

Opec+ oil ministers had been due to reconvene on Monday after failing to reach a deal at the end of last week, with the UAE chafing over a supply target it believes is too low and that underestimates its production capacity.

But with high-level bilateral talks unable to break the impasse and find the required unanimity of views ahead of the formal meeting’s planned start, the virtual gathering was cancelled.

The meeting has been “called off” said Mohammed Barkindo, secretary-general of Opec to ministers. “The date of the next meeting will be decided in due course.”

One person familiar with Saudi Arabia’s policy said the UAE’s stance put a deal out of reach and now prices will likely rise as a result.

“We missed a good opportunity to help the market relieve a temporary shortage,” he said. “They [UAE] need to now take the heat of higher oil prices.”

Brent crude oil, the international benchmark, climbed on the news to $77.09 a barrel, gaining one per cent to reach the highest level since 2018. US benchmark West Texas Intermediate rose to $76.20 a barrel.

“The Opec+ meeting’s postponement brings the market closer to an August without extra barrels from the alliance, and that is why oil prices immediately jumped on the news,” said Louise Dickson at consultancy Rystad Energy.

Riyadh and Moscow have pushed a proposal to increase production by 400,000 barrels a day each month from August to December and to extend the Opec+ supply deal, agreed last year, beyond its scheduled April 2022 end date.

While the UAE said it supports increasing output, it has demanded that its own baseline production — from which supply cuts are calculated — factors in its higher output capabilities and is reviewed before agreeing to extend the deal.

“There is no postponement,” a person familiar with the Saudi and Russian position said. “The UAE blocked the decision, so the meeting is cancelled. The current production levels continue as they are.”

Oil prices have risen by 50 per cent since the start of this year as demand has recovered from the depths of the pandemic, with vaccination programmes allowing wealthy countries to start reopening.

Opec+ slashed oil production by almost 10m barrels a day last year, almost 10 per cent of pre-pandemic demand, as consumption tumbled, and has been only slowly adding supplies back to the market in recent months. Current cuts stand at just under 6m b/d.

Analysts said a solution to the UAE’s complaint about its baseline is complicated by the fact it would likely involve having to review other country targets, which may leave some of the biggest producers — including Russia — with a lower quota.

The stand-off has exposed rising tensions between Saudi Arabia and the UAE, traditionally close allies both in Gulf politics and within Opec. The UAE has invested heavily in increasing its oil production capacity in recent years.

Some analysts are cautioning that strains in the Opec+ group could ultimately lead to much more supply if the underlying deal unravels, leaving producers without output restrictions.

Last year Saudi Arabia sharply raised production at the start of the pandemic after Russia refused to join it initially in cutting supplies, exacerbating the collapse in prices as lockdowns and travel restrictions began to curb demand.

The deal to slash output last April was partially brokered by then US President Donald Trump, who called a halt for the price war that was hammering the US shale oil industry.

Last week the Biden administration said that it was concerned about the extent of the rise in oil prices in recent months, a move analysts saw as a signal to allies in the Gulf including Saudi Arabia and the UAE that it would like to see higher output to cool the rally.